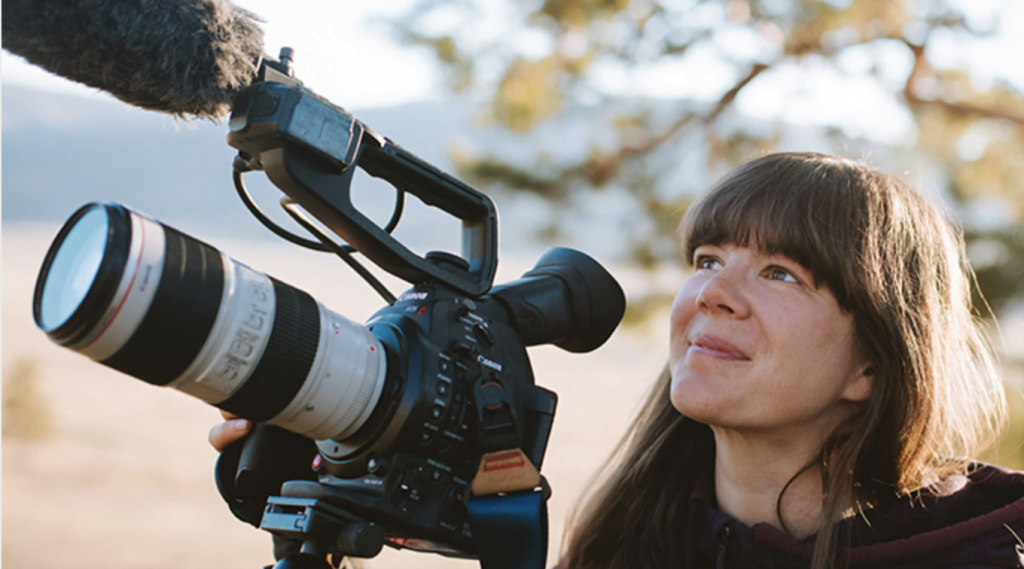 WHAT IT TAKES TO BECOME A FEMALE ADVENTURE FILMMAKER

Jen Randall is a climber, storyteller, filmmaker and game changer.  Her aim is to empower, entertain and challenger viewers with intricately woven, emotive stories with a quiet sense of fun.  She collaborates with athletes and artists to put meaningful films into the world, sharing powerful personal stories. Her work has been awarded major prizes at international mountain film festivals, been sold for broadcast, gained large online followings and been screened in cinemas around the world. Her latest feature length film HOME will light up cinema screens across Australia from 1st October 2020.

Jen was an avid creative writer throughout her childhood, carrying that passion throughout her school years and academia and pursuing her filmmaking dream at film school, with her sights set on producing climbing documentaries. She put together her first climbing flick in 2012, a piece she named Push It, which documented her friend’s attempt at climbing the notorious El Capitan in Yosemite National Park. She recalls identifying the lack of female-led climbing media, and aimed to fill that gap to increase representation, and eradicate imposter syndrome. In an interview with Girl Outdoors, she says “If you look around you will see that so many women, myself included, have much less confidence and belief in themselves than they should – I really believe having adventures can shift that.”

In her latest production Home, featuring adventurer Sarah Outen on her 32,000km self-powered journey around the world, Jen finds her inspiration in slowly unwrapping an unusual backstory. She recalls being drawn to Sarah’s compelling persona, saying “you don’t often see accounts of huge expeditions that are clearly incredibly tough but also so full of joy. I was interested in diving into bigger questions behind such an enormous journey, peeling back the layers that led to this young woman questing off for four years by herself. It’s always a privilege being let into someone’s life and untangling how to share it, and this has been one of the most fun, challenging, unpredictable and rewarding of privileges!”

Today, Jen is a multi-award winning director and editor, heading her company LightShed Pictures, with a raw, bold aesthetic of her own. To aspiring young filmmakers, Jen has these wise words of advice: “just do it. There’s nothing stopping us women. Learn the skills, work out your style and story and approach and go for it. You’ll make some crap films, you’ll make some great ones, but you won’t make anything if you don’t get stuck in.”

Visit https://www.facebook.com/HOMEthefilmAuNZ for more information about the film, where it screens and how to buy tickets.