Skip to content
THE ALL FEMALE TEAM BEHIND DEER 139 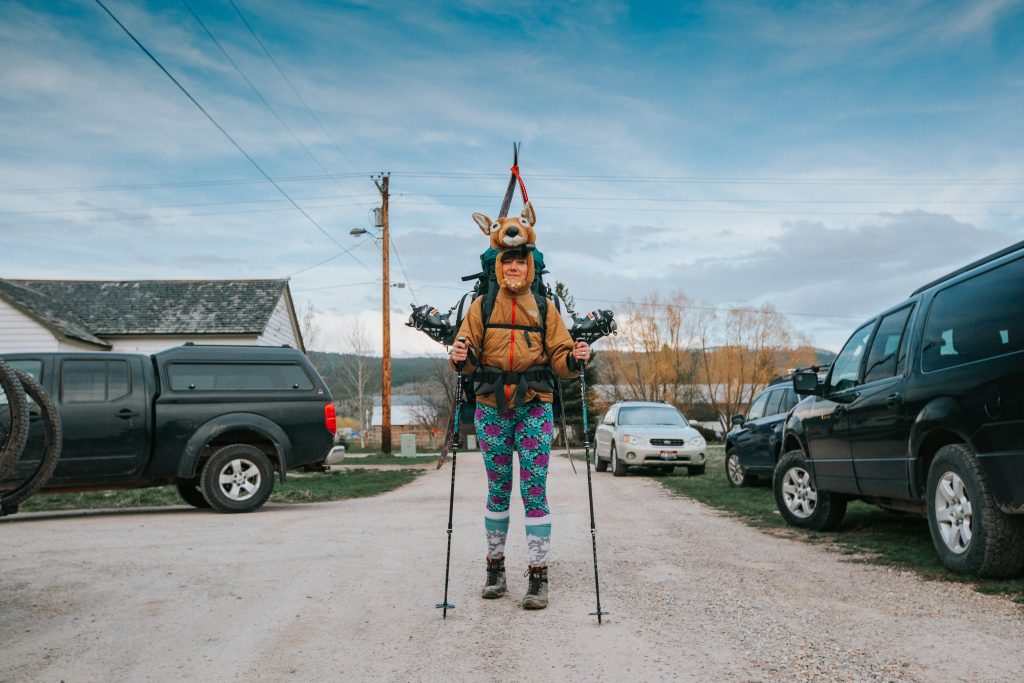 137KM IN PURSUIT OF A PREGNANT DOE

Deer 139 sees 3 women go on the adventure of a lifetime! Biologist and research scientist, Sam Swinnell has spent the last 6 years capturing and collaring deer (collaring = putting GPS collars on them), to track where they go and study how they connect with the harsh landscape that is the Wyoming back country. Sam’s work shows that mule deer are completely dependent on their ability to access distant, high-elevation rangers via migration, during the change of seasons. This research is of significance to the conservation efforts in that area.

In 2018, Sam decided to take her research into the field. She’d been watching from afar for long enough, now she wanted to see just what that journey was like for Deer 139. The adventurer in her was ready to head out and follow the 137km migration path of a scruffy pregnant mule deer doe, Deer 139.

With such a big research project ahead, Sam was definitely going to need some back up, and who better than her 2 friends, Anya and Tennessee. Now with a team of naturalists, storytellers and adventure junkies, they pack all the gear, take all the precautions, do all the research, but what they can’t prepare for is the way in which their world changes after taking this trip together.

L – R: Anya Tyson, Sam Dwinnell and Tennessee Watson, try to identify the peak that they will be ascending as the final climb of Deer 139’s migration.

The 137km journey that Sam, Anya and Tennessee undertake is challenging to say the least. To complete it, they hiked, skied and pack rafted and not only that, the 2 filmmakers, Morgan and Jayne who joined them, did it too – with all their gear! Cameras, batteries, a drone, tripods and all the rest of it! This group of girls is GUTSY to say the least!

Anya comments, “The process of walking 85 miles (137km) in Deer 139’s tracks generates deeper empathy and understanding for these animals. We need to get beyond our own perspective”. Tennessee adds, “By following Deer 139, this film explores the challenges mule deer confront, and the power humans have to protect migration corridors and vital landscapes.”

If there is anything to take away from this film, Sam sums it up perfectly, “This observation shifted my thinking around how I value wildlife species, and I realised that all animals do amazing things to survive. The fact of the matter is that it is hard to appreciate or connect with another creature if we don’t know anything about them. The context in which we associate wildlife determines our overall sentiment toward how we value them, but every organism has an impressive backstory. It only takes a willingness to see them in a new light to develop a rich appreciation for their existence. Now, when I see a mule deer, migratory or resident, I appreciate them for their resilience in living in such a challenging and ever-changing environment.

I hope this film has a similar effect on audiences. I hope it inspires people to look at an animal—whether it is a mule deer, magpie, or mountain lion—and contemplate what it means for that animal to be on the landscape, and the role we, as humans, play in their existence.”