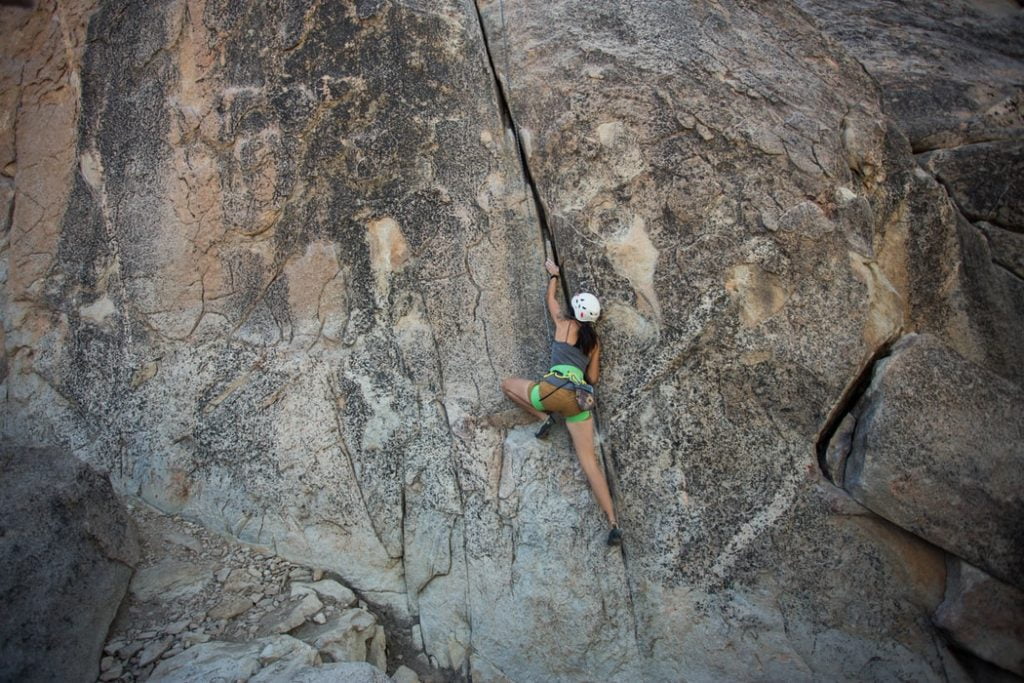 The thirst for adventure has grown steadily and with it, rock climbing is experiencing a resurgence! There are climbing gyms popping up all over the country (in fact, all over the world!) and we’re even seeing climbing-films being screened across all cinemas, which is a huge win for the sport! No longer are the incredible feats being performed on the wall, relegated to the back pages of magazines, they are front and centre in the media and the sport is building rapport with everyone it comes in contact with.

Due to its popularity, fans of the sport are turning to Instagram to see what their favourite climbers are up to. They’re keen to get to know the person behind the amazing ability and this is where we come in.. we’ve compiled a list of 7 of the best female climbers to be following on Instagram, right now!

At only 18, Ashima already has a slew of records under her belt and has shown no sign of stopping yet! She started climbing at age 6 and after a few short years, began to establish herself as one of the top competitors in bouldering and sport climbing. She’s widely known as the “youngest person to…” or the “first female to…” and more often that not, both! More than just a rock climber, she’s a stylish 18 year old, who is finding her way in the world and we get to go along for the ride, and the climb!

Another young climbing gun, Margo Hayes is only 21 and is breaking records all over the world! Extremely successful in sport climbing, she’s a formidable opponent in competition and has made a strong name for herself in that arena. A budding photographer, her instagram feed is full of the incredible strength she has on the wall and photos she takes on her travels and in her daily life.

At an incredibly impressive 15, Angie Scarth-Johnson is a Blue Moutains-local with dreams of making it to Japan for the 2020 Olympic Games. If she qualifies, she will be the youngest competitor! It was a happy accident which lead Angie’s dad to take her to the climbing gym – she was 7 at the time and kept falling out of trees, as she couldn’t stop climbing higher and higher, he thought he’d better take her to a rock climbing gym, where the environment was a little more controlled and she could be supervised! Thus began a passion for the sport that sees her training and competing all over the world!

A usual suspect on the competitive circuits, Anak is a force to be reckoned with. Since 2013, she has repeatedly won the Belgian National Championship in lead climbing (her preferred mode to compete in) and has since held a number one ranking on the IFSC (International Federation of Sport Climbing) Ranking List. Her Instagram account takes us on a journey through her climbing achievements, her injuries and rehabilitation and also her personal triumphs and goals.

With incredible bravery, determination and guts, Rachel is one inspirational rock climber. After an accident at the climbing gym when she was 16 years old, 20 years later, she made the decision to have part of her left leg amputated. Whilst an amputation could be seen as a setback, for Rachel it has only fuelled the drive she already has… now adding motivational speaker to her line up of impressive talents, she continues to inspire people both on and off the wall. Currently the 4th ranked lower limb amputee para-climber in the world, she continues to show the world that it’s your attitude that determines what you can do!

With an impressive list of accomplishments behind her, Sasha has certainly made the most of her life on and off the wall. She continues to champion and advocate for females in the sport and for rock climbing to get the recognition and protection it deserves from government. Continuing to climb and share her adventures with her followers on social media, Sasha is one to continue watching as she expands on what it means to be a rock climber.

After winning 3 World Cups in a row, 4 World Championships and 5 years in a row getting Gold at the World Cup, if you don’t know Angy, you should! A truly amazing rock climber, she continues to push limits with the routes she climbs all over the world. Her honesty and advice about the challenges she faces as a climber and as an athlete is peppered throughout her Instagram feed, along with her signature positivity and reminders to keep a balanced lifestyle.

Did we miss one of your favourites? Let us know in the comments below who we should be checking out!